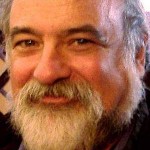 On behalf of the EEFC community we extend our deepest sympathies to Earl’s family and friends. The board, staff, and membership are grateful that gifts in his name can honor his memory by bringing Balkan music & dance to others through our annual summer workshops. He touched many of us during his visit in 2010 with his wife and sister. May his memory be a blessing.

Earl H. Galitz, age 68, passed away February 2, 2015 from complications of various illnesses over the past two years.

Earl lived in South Florida since the age of 8 and was a family lawyer in Miami for over 30 years. He retired in 2013 and moved up to Baltimore to be near his sister. An avid stamp collector, he was an expert in Bulgarian philately with many international award winning exhibits. He loved to play and dance to folk music. He also played classical chamber music for many years and had a collection of over 4,000 compact discs. Musically gifted, he could play almost any instrument. His wit and intelligence was the life of many a party. Earl and his wife both enjoyed traveling the world, eating exotic foods, and having friends from all places and walks of life. His parents lived to 99 and 95 so it’s just not fair that he didn’t emulate them. However, he did live life just the way he wanted it and had fun along the way.

If you wish to make a donation, you may donate either to Heifer International or the East European Folklife Center. Earl is survived by his very sad wife, Marisa and his very sad sister, Nina. Memorial will be held in South Florida the weekend of March 13th. Contact mmgalitz@gmail.com for details. 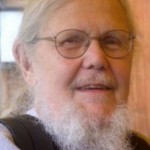 Richard Herbert “Dick” Forsyth of Newton, Mass., died on November 26, 2014, in Cambridge from several medical problems including influenza, pneumonia, and amyloidosis. He was surrounded by his wife and three children (one by telephone) during his final hours, which were peaceful. He was 85.

Dick was born March 10, 1929, in Chicago to Lowell and Esther (Olson) Forsyth. He earned a BS in Chemistry from Grove City College (Grove City, PA) in 1951. He married Diana Bowden of Cardiff, Wales in 1959, and moved to the Boston area. They had two children, Kristina and Matthew, and divorced in 1974. He married Martha Schecter in 1976, and adopted her son, Peter.

As a young man, Dick enjoyed driving in rally races. Throughout his life, he entertained a wide variety of interests, most shared with his family. After an early career in chemistry, he pursued his interest in audio recording technology, and audio engineering and electronic repair were a central element of his various jobs until he retired. His interest in audio recording intertwined with Martha’s passion for Bulgarian folk music and culture. In recent years he began singing, and joined several groups, ranging from traditional Balkan to Sacred Harp singing. He also enjoyed exploring esoteric TV, movies, and literature, an interest he actively shared with Kristina.

Dick is survived by his wife, Martha; his daughter, Kristina; his son, daughter-in-law, and grandson (Matthew, Mary, Colleen); and his son, Peter. He is preceded in death by his sister, Nancy.

Dick’s remains were cremated without ceremony shortly after his death. A memorial will be held in early 2015. All are welcome to attend and celebrate Dick’s rich and varied life.

Stay in touch with his family, and find out more about Dick.