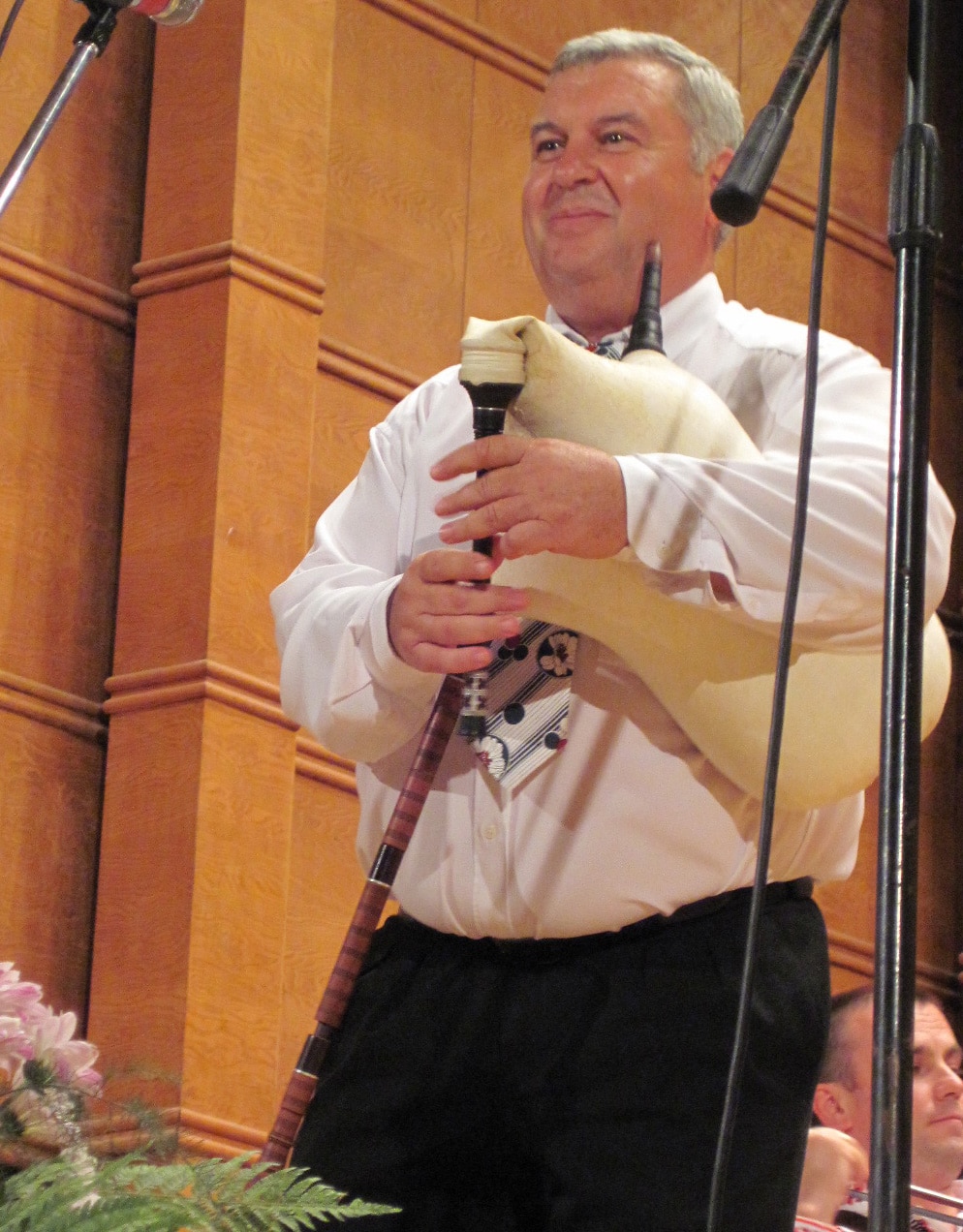 Ivan Varimezov was born in Bulgaria, studied folk music at Kotel High School for Folk Music and received a B.A. degree in folk instrument pedagogy and choral conducting from the Plovdiv Academy of Music and Dance. Raised in the traditions of his native region of Strandzha, he is one of the most outstanding gajda (bagpipe) players of his generation, and he has many solo recordings and awards to his name. During the 1980s Ivan was an instrumental soloist in the Trakiya Folk Ensemble for five years; and later he directed the orchestra of the regional Ensemble Pazardzhik.

Ivan has taught at UCLA since 2001, and is is currently Professor of Bulgarian Folk Music there. During the last ten years, he has organized many concerts for UCLA students in Los Angeles, San Francisco, Santa Barbara, Ventura, San Diego, Pomona College, and other cities. In 2005, 2008, 2010, 2013, 2014 and 2015 Ivan organized Bulgarian tours for the students of the UCLA Balkan Ensemble.
In 2018 Ivan received the Golden Lyre award from the Union of Bulgarian Musicians and Dancers, and an Honorary Citizen Award from his native town, Sredets, in recognition of his 30-year professional artistic career.

In 2018 Ivan received the highest “Crystal Medal” award from the Union of Bulgarian Musicians and Dancers for his outstanding contribution to the development of Bulgarian musical culture. The same year he was recognized for his lifetime contribution to Bulgarian folk music at the Bulgarian Annual Music Folklore Awards.