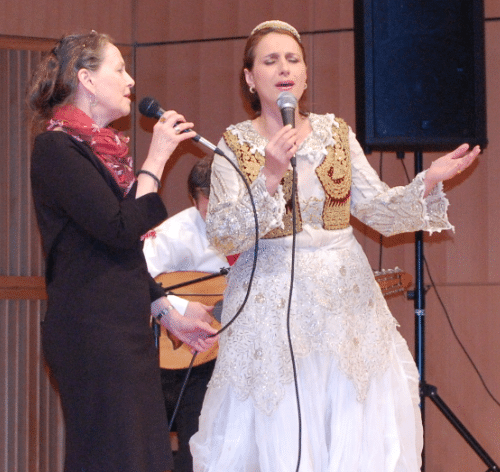 Jane Sugarman’s research focuses on music’s role in processes of identity formation, with particular attention to communities in and from Southeastern Europe and the Middle East. Her 1997 book Engendering Song: Singing and Subjectivity at Prespa Albanian Weddings (Chicago: University of Chicago Press, 1997) was awarded the Chicago Folklore Prize; and in 2004 she received the Jaap Kunst Prize from the Society for Ethnomusicology for her article, “Those ‘Other Women’: Dance and Femininity among Prespa Albanians.” In addition to extensive research on the relationship of music and gender, she has also written on issues of modernity and globalization, diaspora communities, nationalism, and the role of music in conflict situations. She is currently preparing a book on the transnational Albanian commercial music industry, based on field research conducted in Kosova, Macedonia, Albania, Germany, Switzerland, Canada, and the United States. She has previously taught at Stony Brook University, where she was affiliated with the programs in Cultural Studies and Women’s Studies and received the President’s and Chancellor’s Awards for Excellence in Teaching.

Jane is a Professor of Music at the Graduate Center of the City University of New York.