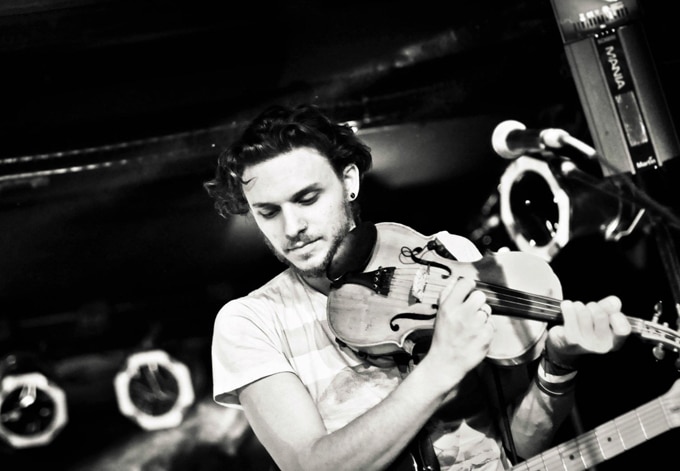 Violinist Jesse Alexander Kotansky, son of folk dance instructors Stephen and Susan Kotansky, grew up surrounded by Balkan music and dance. Having attended just about every EEFC Balkan Music & Dance Workshop since 1987, Jesse was immediately drawn to the violin and had his very first lesson with Beth Bahia Cohen. He has studied in Turkey with Hüsnü Tuzsuz and Nedim Nalbantoğlu, in Macedonia with Goran Alački and Bajsa Arifovska; studied the oud with Ara Dinkjian; and has developed a long-standing musical bond with Raif Hyseni and Merita Halili, performing and recording with their ensemble. Jesse has bridged many genres of music as a recording artist and performer with East of the River, Ivan Milev, Édessa, Ara Dinkjian, Brenna MacCrimmon, Eva Salina Primack, Adam Good, Seido Salifoski, Aerosmith, David Bowie, Billy Gibbons, Teddy Thompson, and J Mascis. Jesse is the founder of the New York-based Balkan project Which Way East, as well as the co-founder of the indie-rock band Walking Shapes, whose most recent album Taka Come On received excellent reviews.