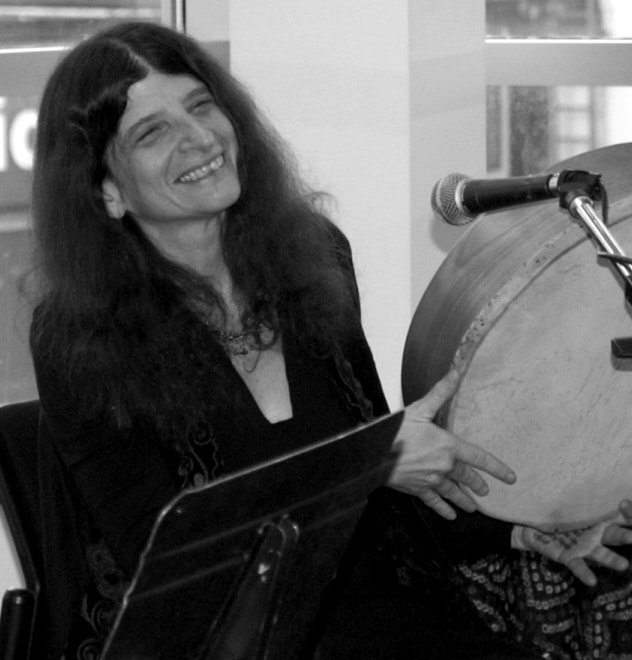 Judith Cohen is a singer, ethnomusicologist, medievalist and inveterate traveler who specializes in Sephardic songs and related traditions. An unplanned summer in 1970 hitchhiking through then-Yugoslavia with a friend sparked a lifelong fascination with music and dance of the Balkans, followed by years of traveling in Spain, Portugal, Turkey, Morocco and elsewhere, and, in between, a Masters in Medieval Studies and a Ph.D. in ethnomusicology. Her life as a performer and her work as an ethnomusicologist are intertwined: besides Sephardic songs, she works with Balkan, Yiddish, French Canadian, Portuguese, Spanish, and Medieval repertoires. As a storyteller, she weaves together pan-European ballads and the stories of the people who sing them. Judith also pioneered ethnomusicological fieldwork of the Crypto-Jews of rural Portugal, and is the consultant and editor of the Spanish recordings and diary of the legendary Alan Lomax collection.

Judith accompanies her singing and storytelling on frame drums and the medieval bowed vièle, interspersed with medieval, renaissance and folk traditions on recorders and pipe-and-tabor. She teaches part-time at York University in Toronto, and is often based in Spain and Portugal during the summer, doing research and fieldwork, and traveling from there to present concerts, workshops and conference papers, most recently in Germany, Israel, Poland, Morocco and China —where, as part of an applied ethnomusicology conference, she gave graduate students at the Beijing Conservatory a workshop in songs and rhythms of the Balkans.