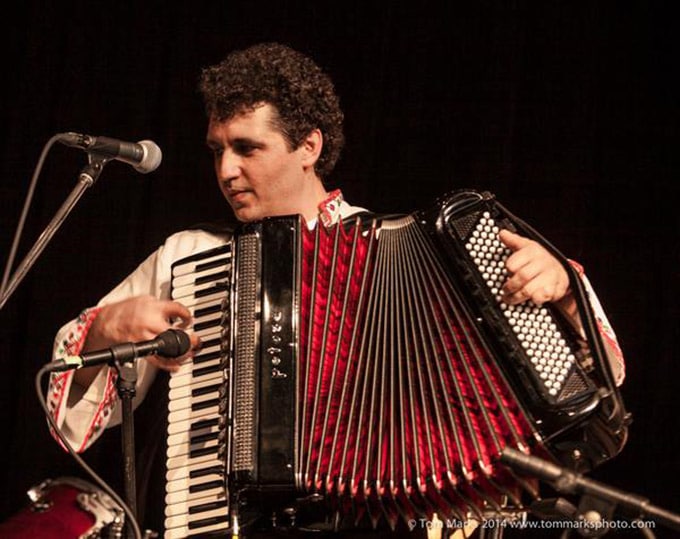 Kalin Kirilov, born in Vidin, NW Bulgaria, began singing and playing the accordion at the age of four. He studied tambura and music theory in Vidin and Pleven and graduated from the Academy of Music and Dance in Plovdiv in 1998. After coming to the U.S. in 2001, Kalin received a MA in Folklore and a Ph.D. in Music Theory from the University of Oregon. A master of multiple instruments, Kalin has performed extensively in Bulgaria and abroad, recorded with Bulgarian National Radio, and toured the U.S. with the legendary Ivo Papasov and Yuri Yunakov. Kalin lives in Sparks, Maryland, where he is an Assistant Professor of Music at Towson University.