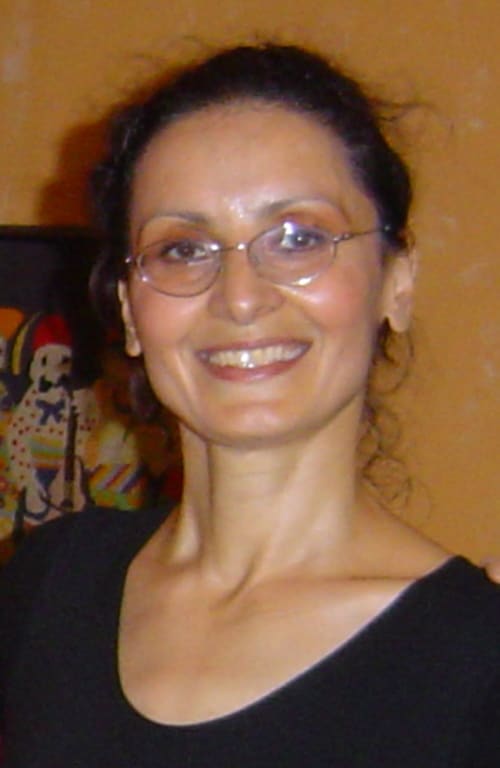 Nina Kavardjikova was brought up in the folklore traditions of her mother’s family village in the Tŭrgovishte area of Northern Bulgaria, started dancing and performing on stage at the age of 7, later becoming a professional dancer and touring the world as a soloist with Rachenitsa Dance Ensemble (Plovdiv) and the Trakia State Folklore Ensemble (Plovdiv). She graduated with honors from the Academy of Music, Dance, and Fine Arts in Plovdiv as a choreographer, dance director and pedagogue, and became a balletmaster with Trakia State Folk Ensemble. Nina led her own group, Aegis, and staged dances for many performing dance ensembles in Bulgaria. Later, she became a professor in Bulgarian Folklore and Dance at the Academy of Music, Dance, and Fine Arts. Folklore research has been a major part of her work throughout the years. Her continuing interest is in Bulgarian ethnic dance and music, traditions and rituals, history and religion, costumes and instruments. Between 1992 and 1999 she lived and worked in the USA, and since 1999 has resided in The Netherlands. Nina has been a featured guest teacher at many professional and recreational venues in the USA, Canada, The Netherlands, the UK and Germany. She organizes cultural tourist trips to Bulgaria.