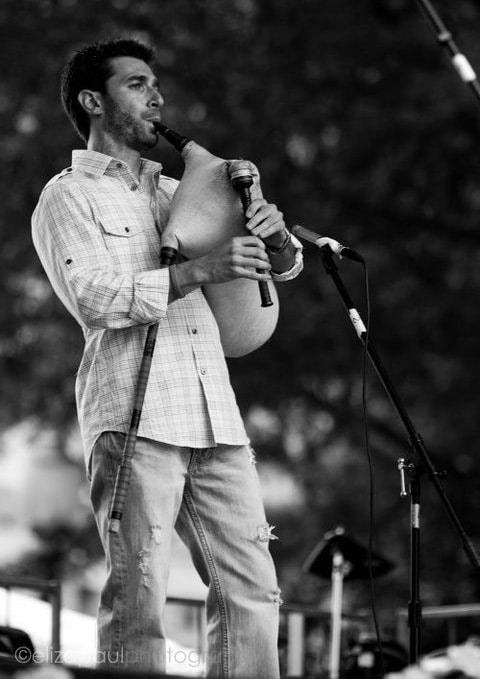 Varol Saatcıoğlu was born in Edirne, Turkey, into an extended family of musicians. At the tender age of five, Varol was accepted into the Istanbul University State Conservatory where he studied music theory and piano performance. Having emigrated to the United States at age 10, he began attending local folk dance gatherings with his mother, and over time, was inexplicably drawn to the haunting sound of the gajda (Bulgarian bagpipe). After various attempts to self-teach resulted in angry neighbors, Varol began to study under the expert guidance of Georgi Doichev, former principal soloist with the Filip Kutev Bulgarian National Ensemble. Varol also worked closely under the late Vassil Bebelekov, a beloved gajda virtuoso and dear friend to many campers.

In the years that followed, Varol had a long stint in Washington, DC, where he was a member of Lyuti Chushki and had the honor of performing at venues including the Library of Congress, Embassy of Bulgaria, GWU Lisner Auditorium, and The Birchmere, as well as countless folk-dance parties, festivals, workshops, and weddings stretching from North Carolina to Canada. During this time, Varol also offered private gajda lessons to numerous students. Next, Varol moved to the San Francisco Bay Area, where he collaborated with various local Balkan musicians and taught Bulgarian Ensemble at Lark Camp 2017. He has since moved to Colorado and is in the process of connecting with musicians in the area to embark on his next adventure.