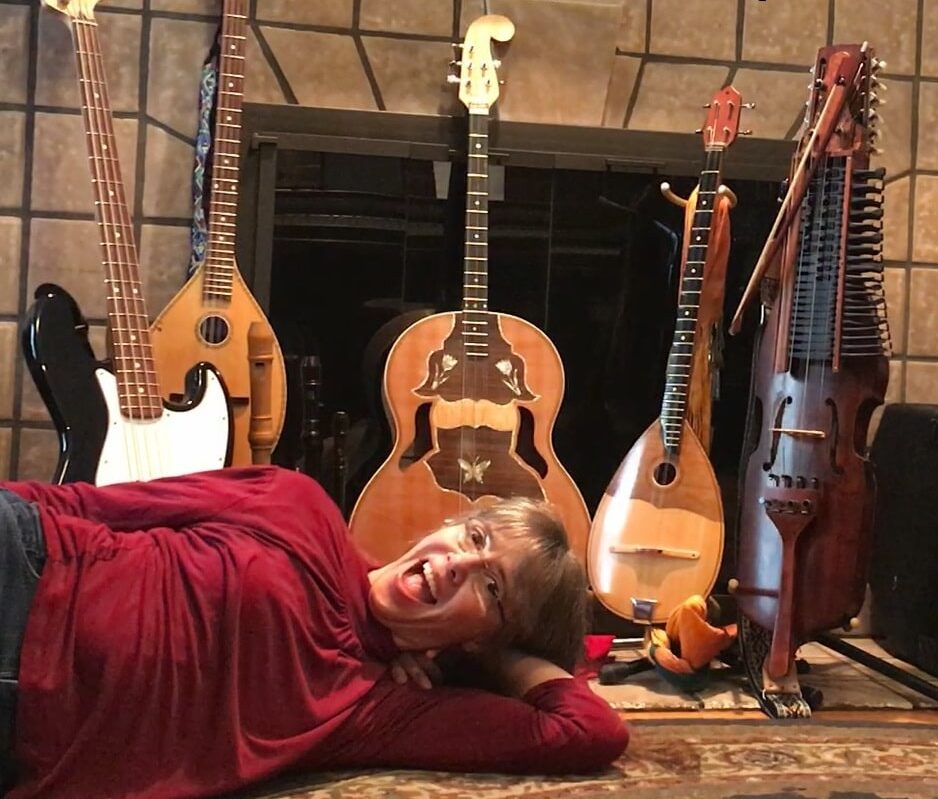 A note from the Board: As many of you saw in our latest newsletter, the Board has debuted a new method for recruiting future members to the Board of Directors. Lea Anne Kangas is the last individual to join via the “old” method (where current board members approached individuals who seemed to be likely candidates for prospective board service), and we wanted to explain why. Barbara Uhlemann is scheduled to step down from her position as Treasurer at the end of 2020. Because this position is critical to the financial health and stability of our organization, we wanted to have someone shadow Barbara through a full fiscal year. Ideally, we would have had Lea Anne go through our new application process. However, the Board collectively agreed that training a successor for the Treasurer position was urgent enough to warrant bringing Lea Anne onto the Board before the new process for nominations was finalized. Given her experience, particular skill set, and commitment to our organization, her application would have undoubtedly been successful, and we are already enjoying the benefit of her expertise. 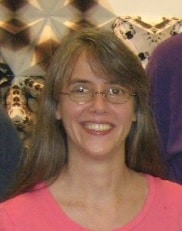 How did you first discover our Balkan Music & Dance Workshops (Balkan Camp), and what keeps you coming back?

I started folk dancing in junior high with an after-school group, and my friends and I continued dancing throughout high school. At some point, I found I was enjoying Balkan dances the most. I have a geeky music degree (theory/comp), but in school we didn’t delve much into odd meters and we studied virtually no folk music. One evening at folk dancing, a handful of people who’d recently returned from Balkan camp stood in the middle of the floor and played instruments I’d never seen before while we danced around them. I was intrigued.

Fast forward a couple decades: I’d joined an IFD (international folk dance) band as a singer. One day, a bandmate who was going to be out of town during an upcoming gig handed me her Macedonian tambura so I could help fill in on chords. I’d never done anything like that before, and I had so much fun with it that the next time a tambura went up for sale on the EEFC listserv I jumped at the chance. Then it was time to actually learn how to play the thing! Fortunately, that summer, an opportunity opened up where I could attend camp.

Thus began a cascade. It seemed I suddenly wanted to play a whole bunch of instruments, at the same time experiencing a renewed interest in singing. I didn’t really expect everything to take off the way it did.

Friends keep me coming back. Plus all the special moments that happen at camp, sometimes when you least expect them. Being around so many fantastic teachers and musicians who are part of these traditions. I get my annual boost of learning, a leap ahead in growth which carries me through the next year.

I love kafana. I think it’s so neat that anyone is welcome to play there, but then you also get to see some really top-level performers in the mix. I like to see the younger folks as they develop, and I love the energy and creativity of campers of all ages and playing levels. I love the student ensembles, being part of them as well as listening and dancing to them, people coming together to put on a dance party for the entire camp. Having fun together while creating a whole that is greater than the sum of the parts.

What is one of your favorite memories of Balkan Camp?

The first year was the most special. Though I barely knew my way around the tambura, I was encouraged to attend izvorno (Macedonian village instrument) ensemble. I could barely keep up on some of the tunes, but I was nonetheless welcomed, and my fellow tambura players helped me by showing me simple chords. It was such a high to be part of the student ensemble performance that year.

Have you volunteered with the EEFC before? If so, in what capacity? 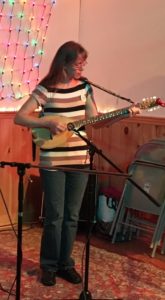 I’ve been on the Program Committee for several years, which has been an interesting and fun way to serve, as well as a means to get to know more people.

What inspired you to become a board member?

The opportunity opened up to use my particular skill set, and I’m happy to do that for this community that I love. I am sincere in striving to evaluate things fairly. I am excited for the present as well as for the future. I’d like to see us continue to do what we do well, balancing what we have that works for people with looking forward, recognizing that some things change and technology evolves.

What Balkan projects/events/bands/groups do you participate in?

Over the years I’ve been in several Balkan bands and performing groups. I’m currently a member of Hajde, which plays bitov (Bulgarian village) and izvorno music, and recently some friends and I started meeting regularly to do Balkan singing. I continue to dance at our monthly Balkan Night and weekly international groups. My musical life is quite busy, involving several non-Balkan genres as well, and I am accumulating quite a variety of instruments!

What would you tell someone considering attending Balkan Camp for the first time?

If you can manage to go for the full week, do it! Try to immerse yourself. There’s a magic that happens by the shared experience as you go through the week together at camp. Check out all that goes on: kafana, sings, jams, culture corners, blender bands, and maybe even sleep a little.