The EEFC is directed by a board comprised, according to its bylaws, of no fewer than 5 members, and no more than 11. A director’s term is nominally five years, however directors can and do step down or take leaves of absence at any time. The Board is responsible for defining and promoting the mission of the organization, and oversees operations, staff, and various committees. Board members serve as committee chairs.

Contacting the EEFC Board
To reach the board, please send email or write to us at:
Board Liaison
East European Folklife Center
P.O. Box 12488
Berkeley, CA 94712-3488 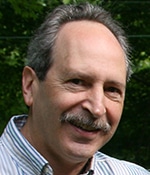 I am an avid dancer, singer, and sometime fiddler. Our family is in love with Balkan music and dance and this is our primary community. I started folk dancing in 1969. Around 1979 I attended the EEFC camp at Mendocino and was hooked, and since then I have attended nearly every EEFC camp on the East Coast. I’ve worked on the EEFC online discussion list (listserv) since 1993. I have volunteered with NYC Golden Festival since 2005, and have been on the Golden Fest Organizing Committee for the past decade.

I serve on several nonprofit boards and as Treasurer of our homeowners’ association. I have volunteered as webmaster for groups including Sierra Club NY, EEFC, and Golden Fest. I am a software developer by trade.

I will work to help our EEFC fulfill its mission, to enable the rich experiences that happen at our camps and related events. 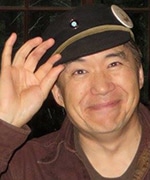 Craig Kurumada, Arcata, California
Development Committee Chair; member of Finance Committee. Term: 9/2017 —
I attended my first Balkan Camp at the Mendocino Woodlands in 1988 and have been coming ever since.

My educational background is in linguistics and German. I played French horn from childhood to college and enjoyed playing Western European classical music. I have always been attracted and intrigued by traditional music and dance. I became a folk dancer, singer, and musician in rapid succession upon joining Salt Lake City’s Živio Ethnic Arts Ensemble, and touring Macedonia, Croatia, and Hungary in 1987 and 1989. I co-founded the Arcata, California-based international band Chubritza after a trip to Bulgaria in 1993.

Although I was a development staff member for the EEFC in the mid-1990s, this is my first term as a Board member. I look forward to using my training and experience in fundraising and nonprofit work to bring long-term financial stability to the EEFC.

I retired in 2016 from Humboldt State University’s Math and Computer Science Departments, where I was an administrative coordinator. I’m currently assembling Bulgarian bagpipes (gajdi) with the mission of getting them into the hands of those who want to learn to play. 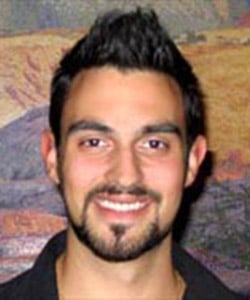 I am a cultural anthropologist interested in music and dance, identity, and politics in the Balkans. I am also Serbian-American, and I grew up in the Serbian community in Chicago where I began dancing at the age of seven. Throughout my teenage and young adult years, I was active in various Serbian and Greek folk dance groups, and began to teach dance as well as research the cultural context of dance and music in the Balkans. I went on to earn an M.A. and Ph.D. in Anthropology at the University of Illinois-Chicago, conducting ethnographic research on Romani music and ethnic identity in southeastern Serbia.

It was during my graduate study that I was first exposed to the EEFC. At the suggestion of my mentor Dr. Carol Silverman, I attended my first camp and was blown away by the music, the dancing, and the community! I have been an avid supporter of the camps and of the educational mission of the organization ever since. Because my interest in performing Balkan folk dance & music intertwines with my scholarly work and anthropological training, I anticipate drawing from these different spheres of my life as a board member to support the work of the East European Folklife Center. I am committed to using my experiences to guide important discussions about cultural aspects of the organization’s mission, and for long-term strategizing for the sustainability and growth of the EEFC. 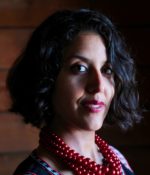 I was born and raised in northern New Mexico by artist/musician parents. I’ve been performing Balkan and Eastern European music since college, when I joined the Yale Women’s Slavic Chorus. I sang with the Slavic Chorus for 10 years.  In 2012, I co-founded the Balkan band Orkestar BAM, which played for five years in the greater New York City area. I’m also a percussionist, having studied doumbek with Polly Tapia Ferber and Faisal Zedan.  When I’m not playing music, I am the Diversity, Equity, and Inclusion Program Manager at Earthjustice. I’m delighted to be serving on the board of the EEFC! 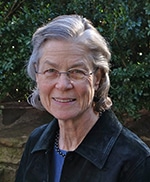 Barbara Uhlemann, St. Louis, Missouri
Treasurer; Finance Committee Chair; member of Development and Administrative Committees; Scholarship Committee Co-Chair. Term: 9/2015 —
I have been coming to Balkan Camp since the early 1990s. In addition to the excitement of participating in the classes, evening dance parties, and many other activities and events, I have been deeply moved by the friendliness, generosity and camaraderie that are part of the week’s experience. Balkan Camp has also become a very special family experience for my husband and me. We started bringing our now-teenage grandchildren to camp when they were little and have watched with delight as they have made friends, developed skills, and come to love Balkan music and dance.

I have been an active participant in the St. Louis folk dance group for many years. I have a small business managing financial reporting for other small businesses, and I serve on the boards of several not-for-profit organizations.

I am grateful to all those who have worked so hard in the past to make Balkan Camp a reality and am glad to have the opportunity to do what I can to help ensure the future of this amazing organization. 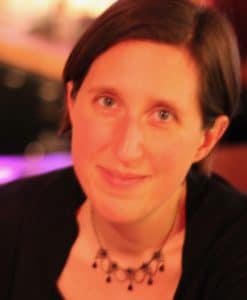 Kristina Vaskys, Brooklyn, New York
Vice President, Co-chair of Scholarship Committee; Term: 9/2018 —
I am a dancer, singer, and instrumentalist who first attended camp in 2004. I was first exposed to Balkan music and dance while performing with the Duquesne University Tamburitzans for two years in college, and the experience left me curious to discover more. Upon finding Michael Ginsburg’s dance class in New York City, I was introduced to the wider EEFC community, Golden Festival, and Balkan Camp. It has been a significant part of my life ever since.

I currently play tambura and sing with Niva, an all-female Macedonian village band formed in 2010. I also sing with Accord Treble Choir, and have been a music educator in New York City independent schools since 2006. I am excited and honored to be serving on the board of EEFC.

Lea Anne Kangas, Columbus, Ohio
Member of Finance Committee; Term: 10/2019 —
My path to the EEFC began with international folk dancing during my teens, soon gravitating toward Balkan music and dancing. My first full-immersion experience of Balkan camp was in 2012, and I’ve been a steady attender since.
A background in music theory and composition along with coursework in audio recording led me to work as a sound engineer for a number of years while living in the Washington, DC area. I also do a fair amount of music transcription. More recently, I’ve taken up a number of instruments in addition to a renewed interest in singing, performing with the Balkan band Hajde, as well as several other bands in styles ranging from Bluegrass to American folk and jazz. At camp, I can usually be found somewhere in the tambura and singing classes.
In my local school and dance groups, I’ve served many times as Treasurer among other organizational roles. Since 2015, I’ve been a member of the EEFC Program committee. I look forward to helping continue to keep this wonderful community flourishing.

Past Boards of Directors

We would like to acknowledge and thank all past Boards for their work and dedication to the EEFC.

Board members are listed by year and not necessarily by terms served, which run from September to September.


Board of Directors Application

We welcome your interest in participating in the East European Folklife Center. Joining the Board of Directors is a notable contribution. If you are interested in exploring other ways of helping EEFC with your expertise, time and effort please take a look at other volunteer opportunities.

The EEFC board must be comprised, according to its bylaws, of no fewer than 5 members, and no more than 11. A director’s term is nominally five years, however directors can and do step down or take leaves of absence at any time.

The skills and experiences we feel we need on our board now and in the future are, in no particular order: