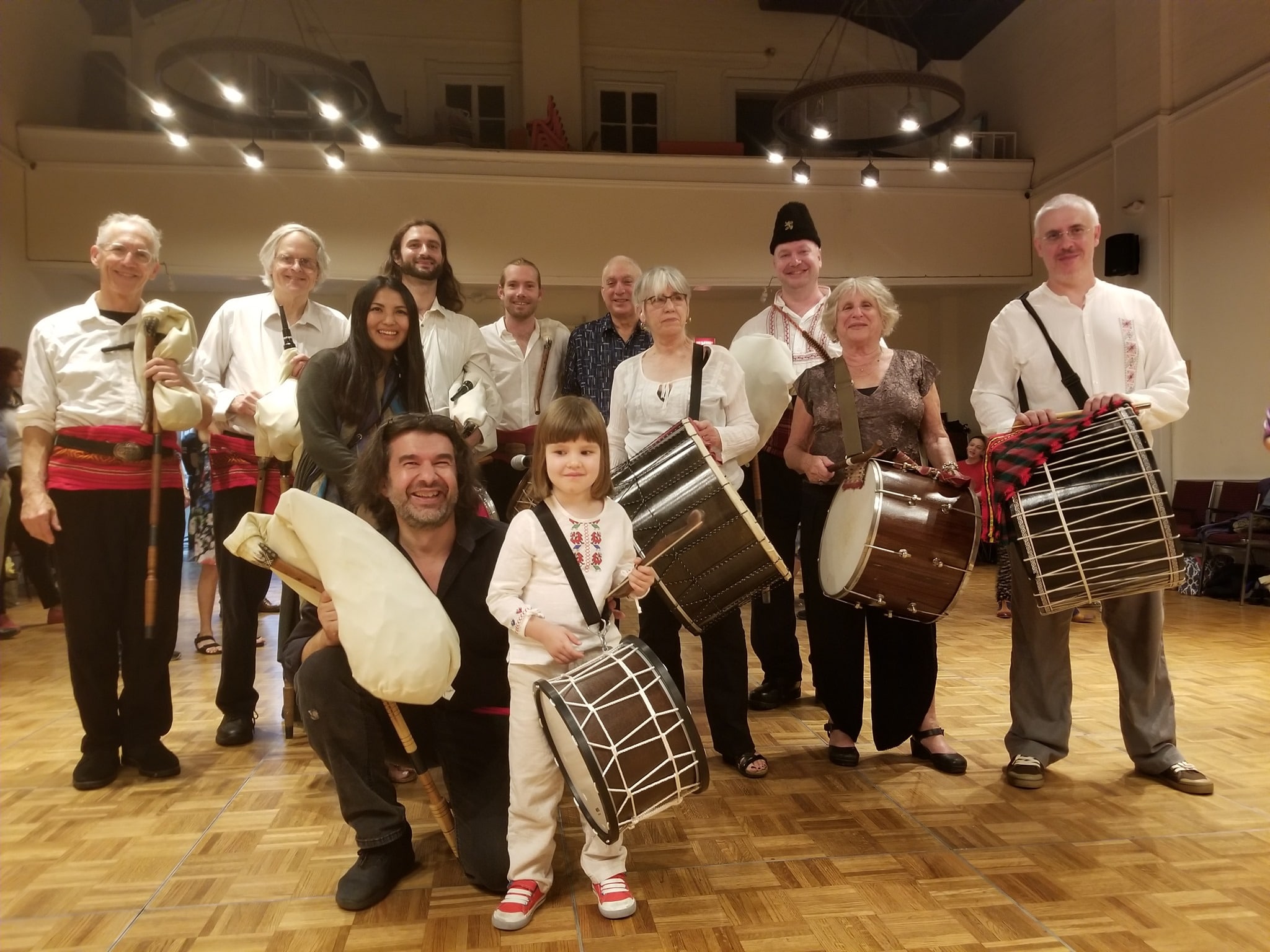 YBVNY founded the group as a class in October 2013 with the goal of creating awareness about the art of playing the traditional Bulgarian kaba gaida and tŭpan, not only within the Bulgarian community in New York City, but also among the wider audience in the Tri-State area and the entire United States.

“We hope that soon the number of our kaba gaida players will reach the ambitious number of 101. And after that, if we have to… we will change the name—to The 1001 Kaba Gaidi NY!”

Video of the ensemble at Golden Festival in Brooklyn