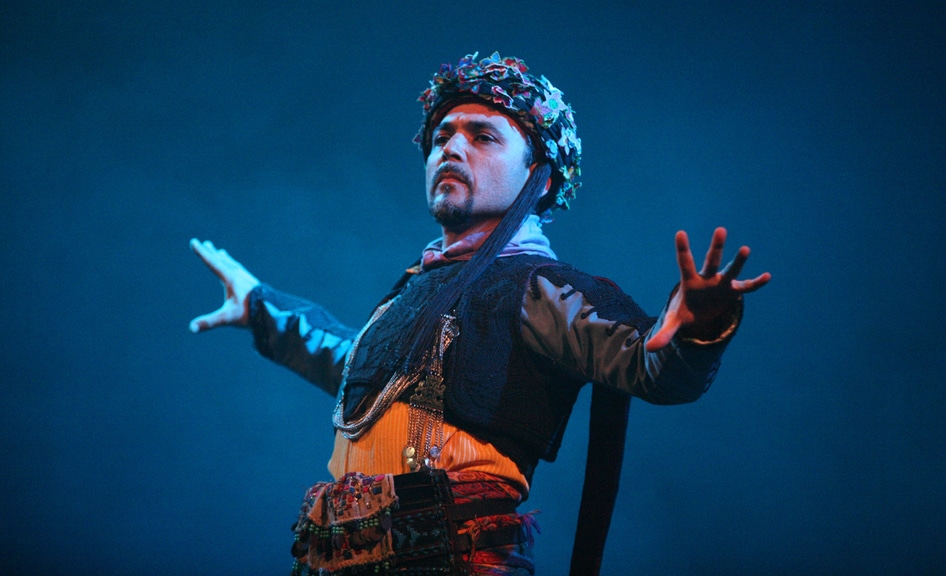 A native of Turkey, Ahmet Lüleci is an accomplished choreographer, dance teacher and performer as well as a researcher of Anatolian culture. He is currently the artistic director of the Boston-based Collage Dance Ensemble, which allows him to further his goal of making folk dance and music accessible to a wider audience.

Since arriving in North America in 1985, he has taught at many workshops and camps throughout the United States as well as Canada, Japan, Taiwan, Hong Kong, Holland, England, Switzerland, Brazil, Argentina, Germany, Norway, Italy, Spain, and Australia. He has set innumerable suites of dances for the stage, working with dance organizations around the world.

From 1974 to 1985, he taught in several excellent ensembles in Ankara, Istanbul, Eskisehir and Bursa. For nearly five years prior to his departure for North America in 1985, Ahmet also served as Director of Dances for Hoy-Tur, long considered Turkey’s leading folk dance association. Since the age of eight he has danced with numerous school ensembles and private associations, many of which won outstanding awards in city-wide and national and international competitions. Between 1973 and 2003 he participated in international dance festivals and competitions throughout western and eastern Europe. In addition, he and his ensembles appeared in more than 60 programs broadcast nationally in countries including Turkey, France, Denmark, the Netherlands, USA, Canada, Brazil, and Germany.

His college major was music, specializing in voice. Just as his love of folksongs guided him toward the academic study of music, Ahmet’s fascination with dance led him to conduct scholarly research into the historical, social, and cultural background of the costumes and spoon dances of Turkey’s Mediterranean coast. His efforts resulted in an exhaustive, 400-page study for which he was awarded first place in the 1985 national competition in research on the folk dances of Turkey by the Turkish ministry of Youth, Sports, and Education. In 1997 Ahmet completed a second degree in Fine Arts.