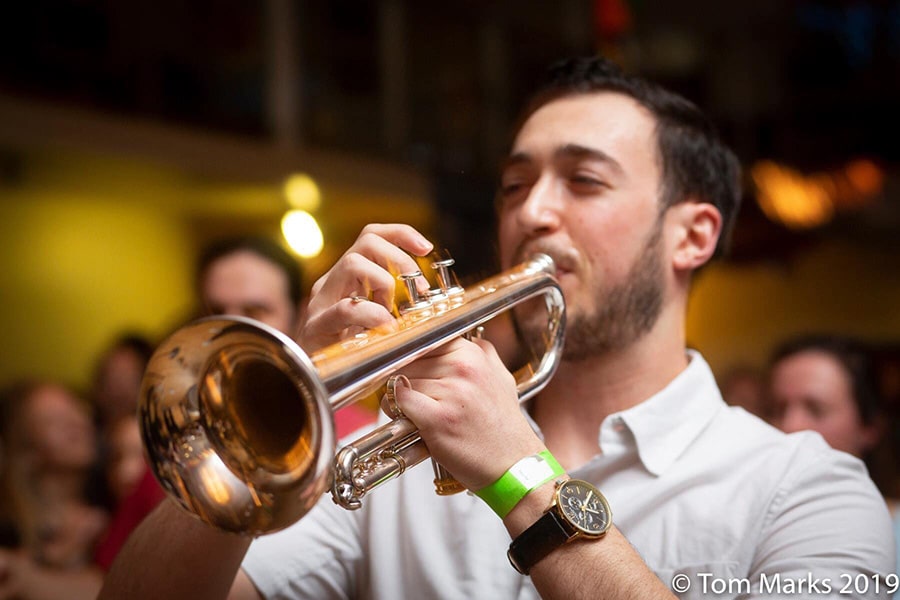 Benji Rifati is an American-Rom who has spent years studying trumpet from Romani masters of Eastern Europe. His teachers include legends such as Zahir Ramadanov and Demiran Ćerimović, as well as contemporary masters, namely Džambo Agušev. He and his bandmate, Eleni Govetas, visited Šutka, Macedonia, three years in a row starting in 2015, where they immersed themselves in the style and culture of Romani brass wedding bands. There they were given the opportunity to lead processions accompanied by the local bands. Benji now plays in two Romani-style bands in Seattle, Washington: The Minor9, a full Romani brass band, and Melez Band, a contemporary Romani wedding-style four-piece. Through these projects he hopes to spread the intricate artistry of Romani brass music throughout the States and beyond, while educating American/non-Balkan populations on Romani culture, history, and traditions.