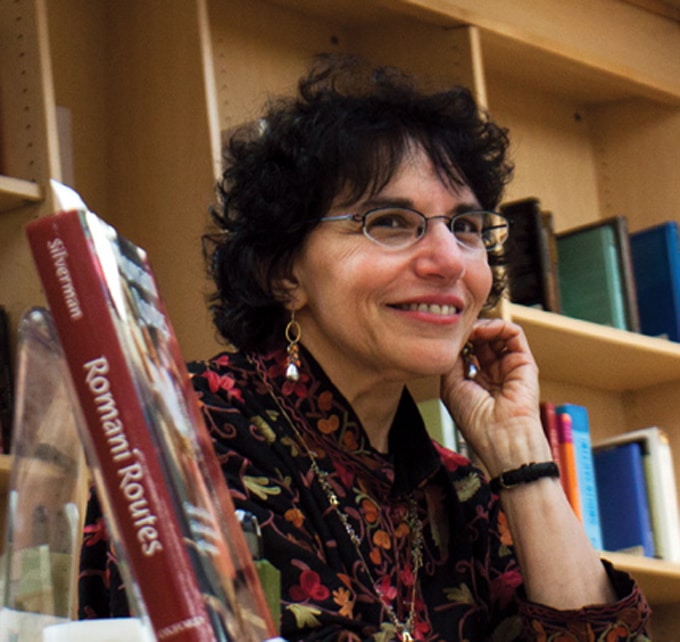 Focusing on the Balkans, we present an overview of Romani history and culture emphasizing the significant professional role of musicians and the dynamism of music and dance genres and community celebrations. We will also delve into the current human rights situation, marked by widespread anti-Romani racism in education, employment, health, housing, and the arts. The COVID crisis has exacerbated repression, with lockdowns of many Romani neighborhoods, and increasing violence. Carol and Magda will discuss the current situation, attempts to resist, and the impact of the Black Lives Matter movement in Eastern Europe; we will reserve time for questions.

Carol Silverman has been involved with Balkan and Romani music and culture for over thirty years as a researcher, teacher, performer and educational activist. An award-winning professor of cultural anthropology and folklore at the University of Oregon, she teaches and writes about music, festivals, cultural policy, and human rights issues among Roma. Based on fieldwork in Bulgaria, Macedonia, and New York, and Western Europe,nher research analyzes the relationship among music, politics, ritual, and gender. She is the curator of Balkan Music for the international digital RomArchive. Carol was profiled in the Spring/Summer 2001 Kef Times.

In her publications, Carol explores Balkan folklore, and also analyzes the intersection of politics and the performance arts among Roma, the largest and perhaps the most maligned minority in Europe. She explores how Roma have forged a nuanced musical identity in diverse locations in the Balkans and in re-diasporic spaces, including New York City and Germany. Her book, Romani Routes: Cultural Politics and Balkan Music in Diaspora (Oxford University Press, 2012), won the 2013 Merriam Book Prize from the Society for Ethnomusicology. Her new book, Ivo Papasov’s Balkanology (Bloomsbury, 2021), traces the emergence of Bulgarian wedding music as a world music phenomenon from the1970s to the present. Her most recent work analyzes the globalization of Balkan “Gypsy” music, specifically its performance, consumption and production in relation to issues of representation and appropriation.

Carol has performed with Zhenska Pesna and Slavej and toured internationally with the Yuri Yunakov Ensemble. She teaches Balkan singing internationally, and introduced Romani singing to EEFC workshops. She has given dozens of concerts, workshops, and lecture/demonstrations on Balkan folk music and its cultural context in the U.S., Canada, and Europe. Carol lives in Eugene, OR.

Additional information about Carol and her work
CDs:

Activism:
As a non-Romani ally, Carol has long advocated for the human rights of Roma. She has been a guest lecturer at numerous national and international conferences and is on the Board of Directors of Voice of Roma, an American NGO that promotes Romani culture and supports Romani migrants. With Magda Matache, she is now coordinating a VOR and Harvard University survey project among American Roma about their culture and experience with discrimination.

Carol hopes musicians who play Romani music will be motivated to learn about the current situation of Roma. Below she shares some of her writing:

Since the fall of communism, the music of Roma of Eastern Europe has become a staple at world music festivals and dance clubs in the United States and Western Europe. Talented Romani musicians who are consummate performers and innovators as well as technically superb artists now travel across continents for tours and concerts. But we should be careful not to generalize the success of a select group of famous artists to all Roma, or even to all Romani musicians. Despite the celebration of “Gypsy” music, anti-Romani sentiments are growing all over Europe. Since 1989 thousands of Roma have emigrated westward due to deteriorating living conditions in Eastern Europe; as a result, fears of “Gypsy hordes” are being revived and entrenched stereotypes of thievery have revived. In this heightened atmosphere of xenophobia, Roma are paradoxically revered as musicians and reviled as people; underlying these phenomena are the opposite emotions of fear and admiration shored up by historical stereotyping.

Today East European Roma face inferior and segregated housing and education, including tracking of children into special schools for the disabled. Poor health conditions, specifically shorter life expectancy, plague Roma; discrimination is widespread in employment (unemployment is 80% in some regions) and the legal system, and even educated people routinely express disdain for Gypsies; hate speech and racial profiling are common in the media.

Perhaps most troubling are the hundreds of incidents of physical violence against Roma perpetrated by ordinary citizens and also by the police. In response, a Romani human rights movement has emerged to address discrimination.

Europe’s largest minority (10-12 million), Roma are among its most persecuted peoples. Rather than merely an extremist view, anti-Romani sentiment has become more mainstream in Europe. For example, numerous attacks against Roma have occurred in Hungary and the Czech Republic; in the summer of 2008, the Italian government started to fingerprint all Gypsies living in camps in an effort to crack down on crime; hate speech against Roma is rampant among politicians in Bulgaria and Hungary, deportations of Roma from France and Germany are common, and demolitions of Romani homes occur regularly in Bulgaria. All over Europe, nationalist and xenophobic parties are growing (often under the guise of populism) and the population is growing more polarized.

In the United States, racism against Roma is less pronounced but nevertheless exists; for example, “Gypsy Crime” units are found in police departments of several southern cities, and discrimination in housing and employment persists. The US is home to over 1 million Roma from every European country, and the New York City region boasts vital communities of Roma from the Balkans.

How can music help us mediate between these current poles of fascination and rejection? Hopefully, exposure to the richness of Romani culture will spur an interest in and commitment to Roma as real people with real histories and real problems. For centuries, music has been a viable occupation for Balkan Roma, and today it represents an important artistic zone bridging recognized artists, struggling communities, and Romani and non-Romani audiences. 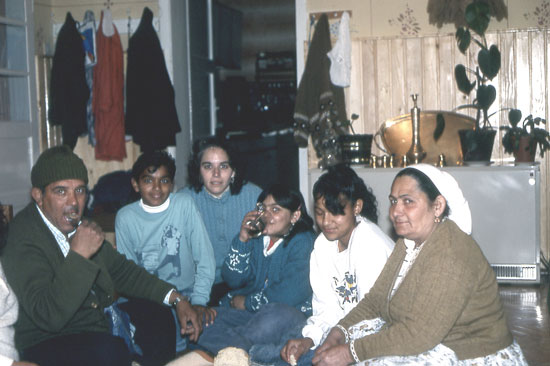 Carol Silverman with her host family in Šuto Orizari, Macedonia, 1990