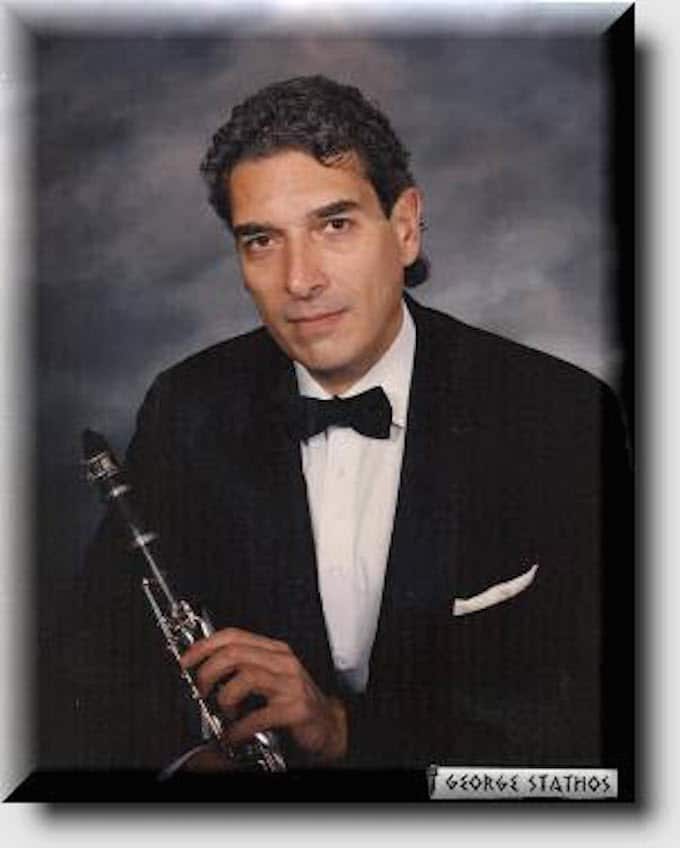 A native New Yorker, George Stathos is a third-generation American of Greek ancestry. He began playing the clarinet at an early age with Greek, Armenian and Turkish musicians in the New York metropolitan area. His live performances have taken him to Greece, Germany, Canada, Australia and throughout the United States. His credits include collaboration with the Greek rock group Annabouboula on NBC’s late-night series with host and jazz saxophonist David Sanborn. George is featured on the hit single “Flutes of Pan” with the famous British folk-rock group, The Waterboys. Pix Lax, a pop group from Athens, Greece, features George’s improvisational talent on modern Greece’s hottest pop single “Lene Yia Mena” (They Talk About Me). George has also recorded TV jingles for companies such as AT&T, and has played at international and Greek folk festivals to the delight of audiences everywhere. His most recent credits include his group’s audio performance for the wildly popular independent film My Big Fat Greek Wedding. His orchestra, My Greek Wedding Band, is available for weddings, folk festivals, dances, nightclubs and all occasions.