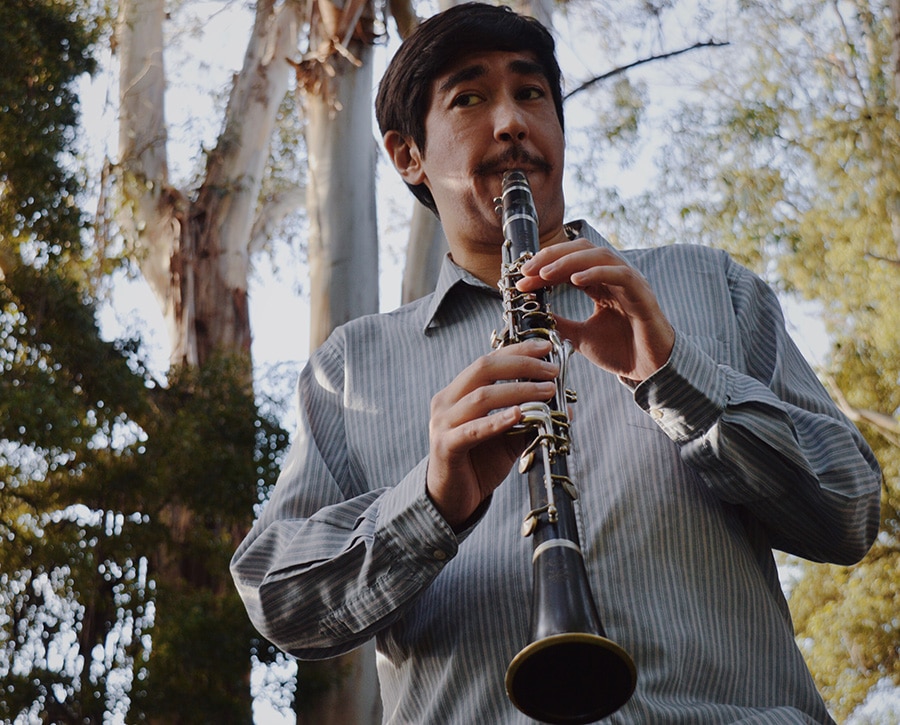 Greg Masaki Jenkins is a second-generation American Balkan folk dancer who grew up at the Balkan Music & Dance Workshops. He gigs regularly throughout the San Francisco Bay Area with the groups Agapi Mou, Helios, Istanbul Connection, MWE, and Fanfare Zambaleta; and is a regular host of the Balkan Sundays Jam at Cafe Revolution.

After taking a Greek singing class from Christos Govetas in 2009, Greg’s passion for singing awakened in a big way. He struck up a friendship at the camps with Nick Maroussis around the same time and they began to perform Greek music together under the name Palamidi. Nick was playing bouzouki in addition to laouto and encouraged Greg to try Rebetika singing for the first time, and that sparked a great obsession, leading Greg to sing with Bay Area Rebetika group Disciples of Markos and pick up baglamas, tzouras, and bouzouki. He has taught Rebetika at Lark Camp since 2015 and teaches workshops in Oakland.