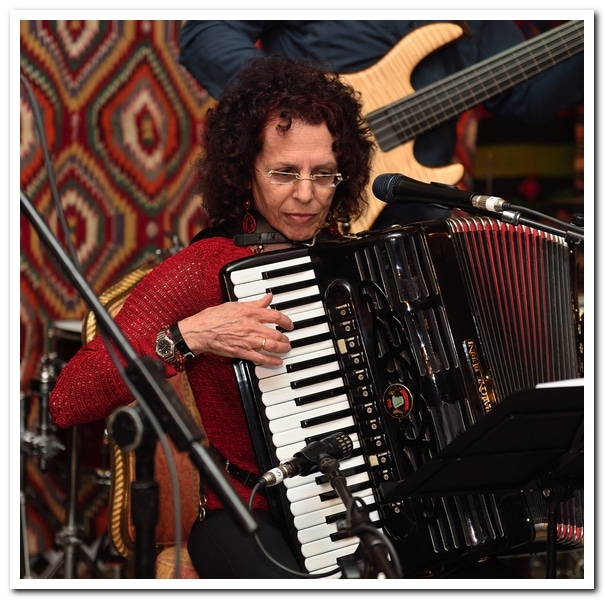 Lauren Brody is an accordionist, singer, researcher, professional piano tuner/technician and Fulbright scholar from New York City. She is a pioneer of the klezmer music revival in the United States and a founding member of the groundbreaking band Kapelye, formed in 1979. She has toured, recorded and appeared on TV and film with Kapelye, and with the seminal all-female ensemble Mikveh. Lauren has played the with The Klezmatics, Andy Statman, Michael Winograd, David Krakauer, Alicia Svigals, Frank London, Merlin and Polina Shepherd, and many other klezmer luminaries.

She was a trailblazer in the domestic Balkan music scene and was the first female gadulka player in the United States. Lauren was an original member of the first Bulgarian traditional folk orchestra Pitu Guli, formed in Los Angeles in 1970; and has taught and performed at EEFC’s Balkan Music & Dance Workshops, Klezkamp, KlezCalifornia, KlezKanada, Ashkenaz, Yidstock, and Yiddish New York. Lauren also toured and recorded with the Yuri Yunakov Ensemble and the the Ivan Milev Balkan Folk Band.

Lauren was the recipient of a Bulgarian government stipend to study Bulgarian folk music during the Communist period, from 1971-73, at the Bulgarian Conservatory of Music in Sofia. As a Fulbright scholar to Bulgaria in 1990 she conducted research on the commercial recording industry and folk music, and released two acclaimed reissues of 78 rpm recordings. Song of the Crooked Dance (1998, Yazoo Records) is a single-disc recording with detailed historical information, pictures and song texts. Outsinging the Nightingale (2010, JSP Records) is a 4-disc, 100-track collection with individual historical and informational booklets. For information on her seminal research on Bulgarian folk music visit her website SongoftheCrookedDance.com.

Lauren continues to perform, with a particular accent on composing new music for her own Balkan/Klezmer-inspired solo project “Lauren Brody’s Accordion Bytes,” as “Tsoyber” with Yiddish singer Susan Leviton, and with the Bulgaria-based accordion duo Brody-Stoikov.

CDs are available at: www.songofthecrookeddance.com. 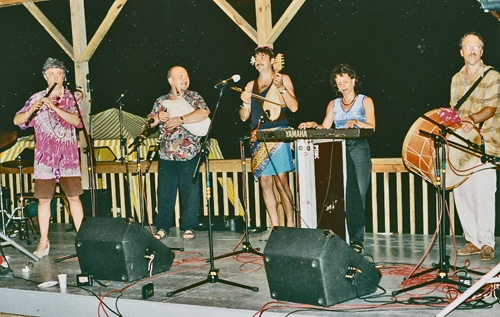 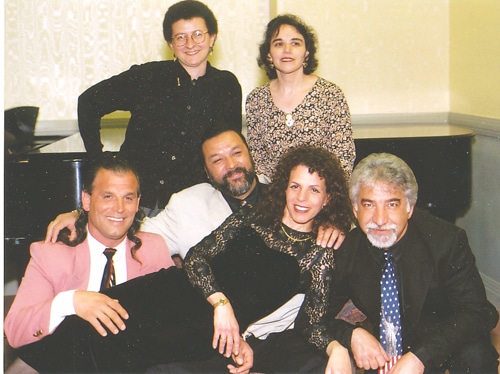 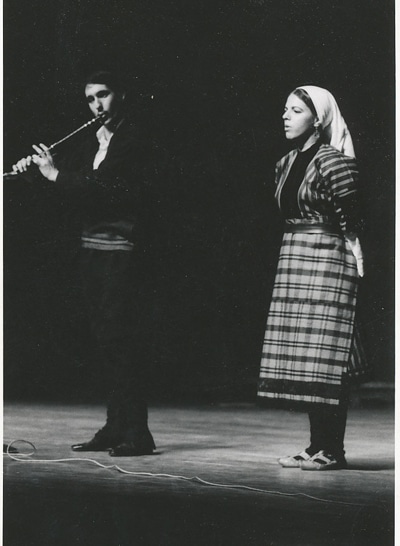 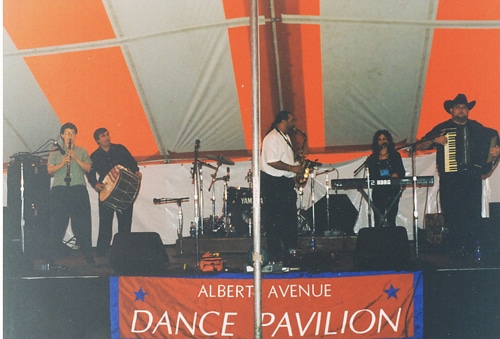