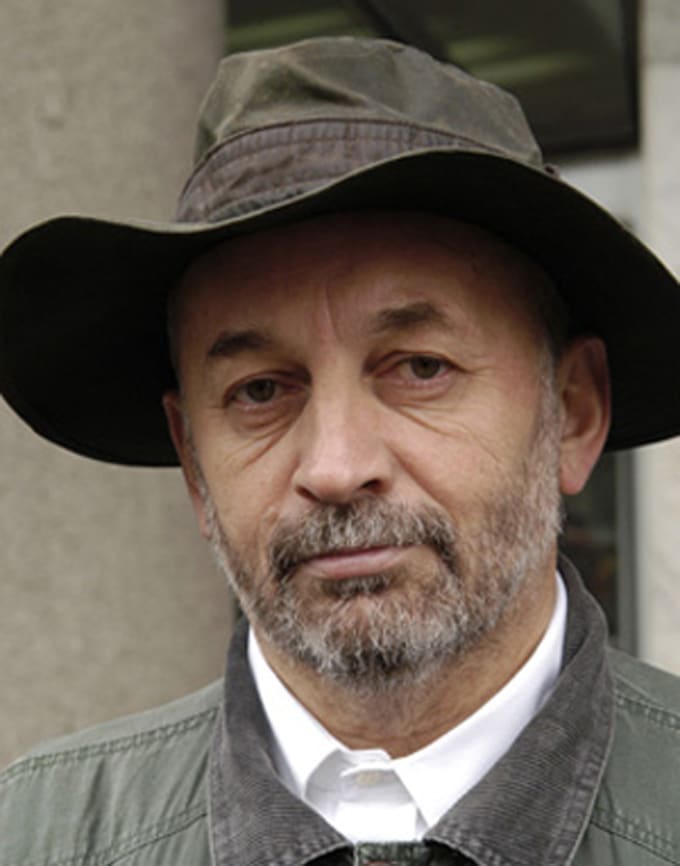 Ljubomir Živkov is a singer and tambura player from the Banat region of Serbia. He plays stringed instruments, primarily the tamburica instrument known as the basprim (brač). Ljuba was a member and music arranger for the Lole Ensemble, which was famous in the former Yugoslavia for choral renditions of songs from Vojvodina, Croatia, Macedonia, Bosnia, Dalmatia, as well as songs from surrounding countries.

He spent three years in Philadelphia (1992 to 1995), where he played with The Gypsy Balalaikas, and performed with Aljoša Sinjavski, a virtuoso instrumentalist from Russia. Ljubomir played music and sang with the Philadelphia Theatre Caravan for two seasons, and attended the Balkan Music & Dance Workshops.

Ljuba lives in Belgrade, where he still performs, playing for other artists, and providing studio recordings of music lines for the tamburica, domra, and prim. Lately, he has been recording his own Balkan music, in both spiritual and folk styles, on a number of instruments on multiple channels, selections of which can be heard on his blog.

Ljubomir has a degree in Political Science (Journalism). He is a regular columnist for the weekly magazine Vreme, and for the online magazines Blic, Peščanik, and Istinomer.