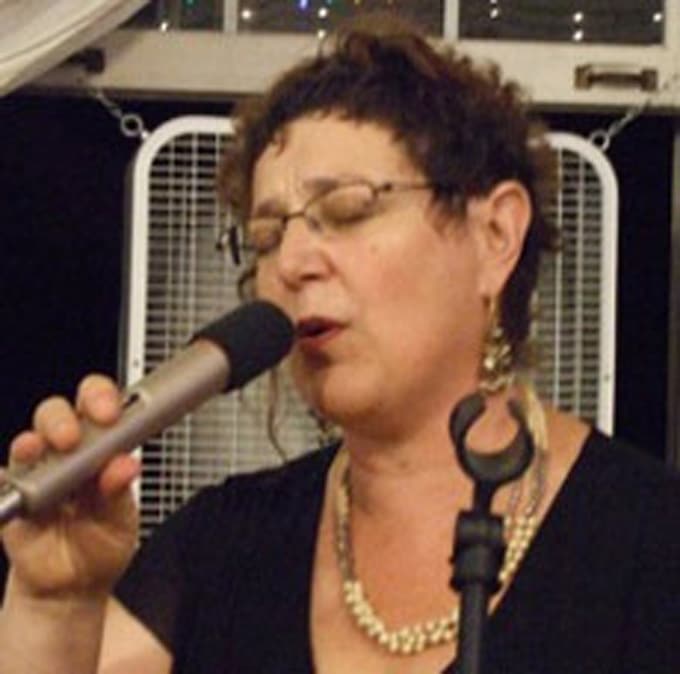 The "How" of Balkan Singing

Michele Simon has been involved with music all of her life, and with Balkan folk music for most of it, as a dancer, singer, drummer and teacher. She was raised surrounded by music of all kinds, including classical (especially Bach), standards (especially Margaret Whiting, Frank Sinatra, and Ella Fitzgerald), and American folk music. She sang before she talked, played cello and guitar, and most formatively, enjoyed trading harmonies with her mother’s rich alto.

She has been inspired by countless musicians, both in the U.S. and abroad, and has been lucky to study with, to name just a few, the late Nadezhda Hvoineva, from the Bulgarian Rhodope region; the late Esma Redžepova, Queen of Romany music; Serbian folk specialist Svetlana Spajić; Mary Sherhart of Seattle; Jane Sharp of Berkeley; and Bulgarian master singer Tatiana Sarbinska, with whom she also trained as a teacher. Over the last thirty years she has sung with Kitka Women’s Vocal Ensemble; and has been steeped in complex odd-metered Balkan dance rhythms through singing and playing percussion in the folk dance bands Anoush, Brass Menažeri, Helladelics and Zabava!. She has appeared on recordings and stages across America and in Bulgaria, as well as on Bulgarian and Serbian TV.

Michele teaches private students, workshops, and camps, including the popular Balkan Vocal Technique class that has been a staple at Mendocino Balkan Camp for almost 20 years. As a singing teacher, Michele’s specialty is integrating Balkan vocal styles with American voices. With humor, warmth and patience, she focuses on placement and sound fundamentals, using innovative exercises and imagery, as well as her model skull, Bartholomew.