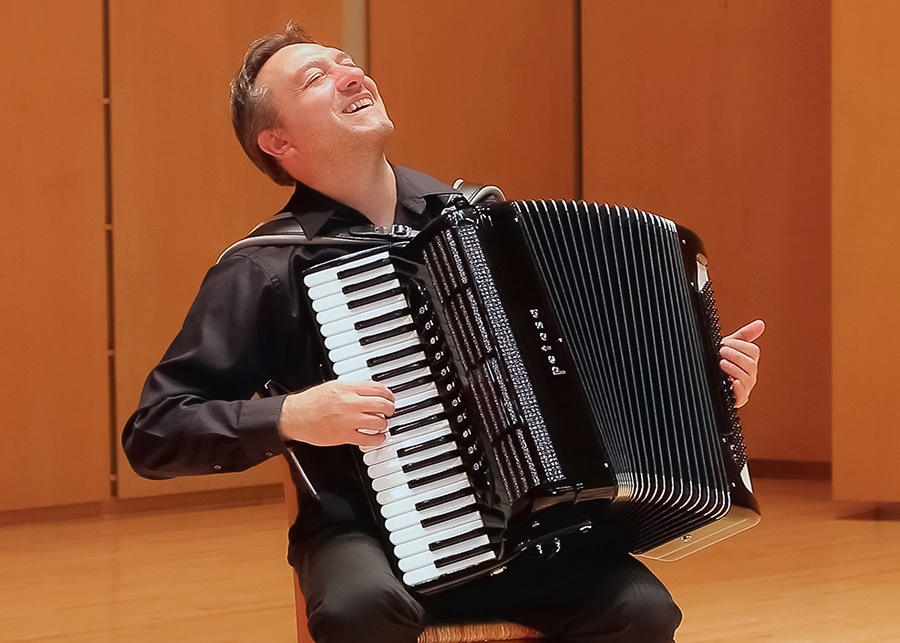 Milen Slavov was born in the Thrace region of Bulgaria. He began playing piano accordion at the age of seven, performing on stage at age 8, composing and arranging at 16, and producing multimedia content at 24. Slavov studied music and performing arts professionally, graduating from the boarding music school “Filip Kutev” in Kotel, Bulgaria.

Milen’s entrepreneurial drive and the need to express himself artistically inspired him to explore various opportunities—from touring, teaching, composing and producing—to the decision to move to another country. He emigrated to the United States in 1997.

Milen’s teaching experience has gone through various stages and platforms —from teaching in Bulgaria at the music school he graduated from, to private music lessons throughout America, to classes and lectures at U.S. universities, to online music lessons. He was a guest teacher at the UCLA Department of Ethnomusicology for the 1998/99 academic year.