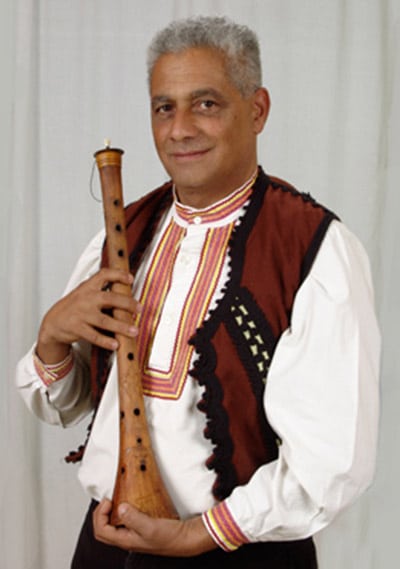 Milo Destanovski is a Macedonian Rom choreographer and musician. He hails from the most respected family of zurla players in eastern Macedonia and carries on a tradition of zurla and tapan playing going back generations. Primarily a zurla player, he took first place for zurla at the Pece Atanasovski Festival in Prilep for 14 consecutive years, culminating in an overall grand prize win in 2008. He has also performed on numerous occasions with Tanec, Macedonia’s national folk ensemble. In addition to zurla, Milo plays tapan, kaval, gajda, and is an experienced choreographer, having led the KUD Dimitar Pop Georgiev Berovski (Berovo, Macedonia’s folk dance ensemble) for many years and having toured with them throughout the Balkans. Milo has been a guest teacher and performer at a number of folk dance groups throughout Southern California as well as at San Francisco’s Kolo Festival, Chicago’s Spring Festival, and the East European Folklife Center’s East and West Coast workshops. In Macedonia, he has led his own seminars and has taught at seminars including Goran Alački’s Macedonian Pearl Folk Seminar. Milo also appears in the 2014 Macedonian feature film Do Balčak (To the Hilt). He lives in Detroit, MI. 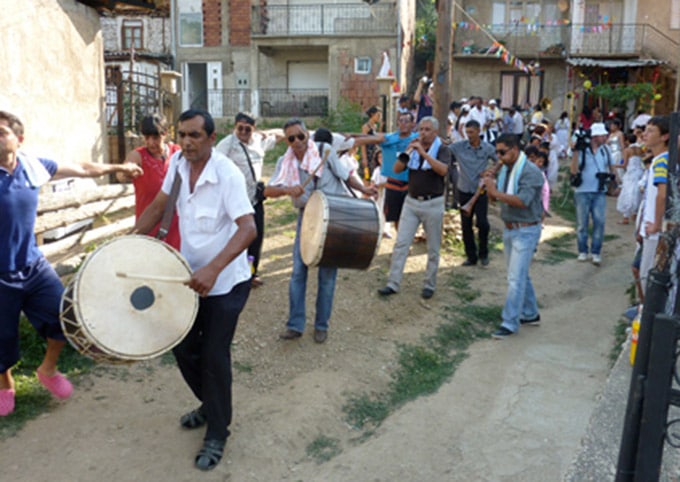