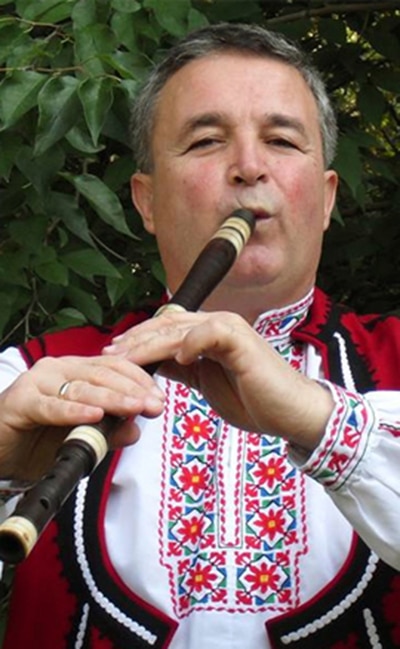 Nikolay Doktorov was born and raised in Varna, Bulgaria, on the coast of the Black Sea. He began studying kaval at age 12, then went on to study at the Folk High School of Music “Philip Koutev” in Kotel, Bulgaria. He finished his formal folk music study at the Academy of Music and Dance Arts in Plovdiv. Nilokay has played with the State Folk Ensemble “Trakiya” in Plovdiv, and toured worldwide. He has received many prestigious awards, including gold medals at the Festival of 100 Kavals in Koprivshtitsa, and has played on many recordings and performed on Bulgarian national television and radio. For the past number of years, he has taught, lectured on and conducted folk music throughout Bulgaria.