Mark your calendars — Dates and venues are set for our summer and fall weekend events, featuring classes and great live music dance parties! 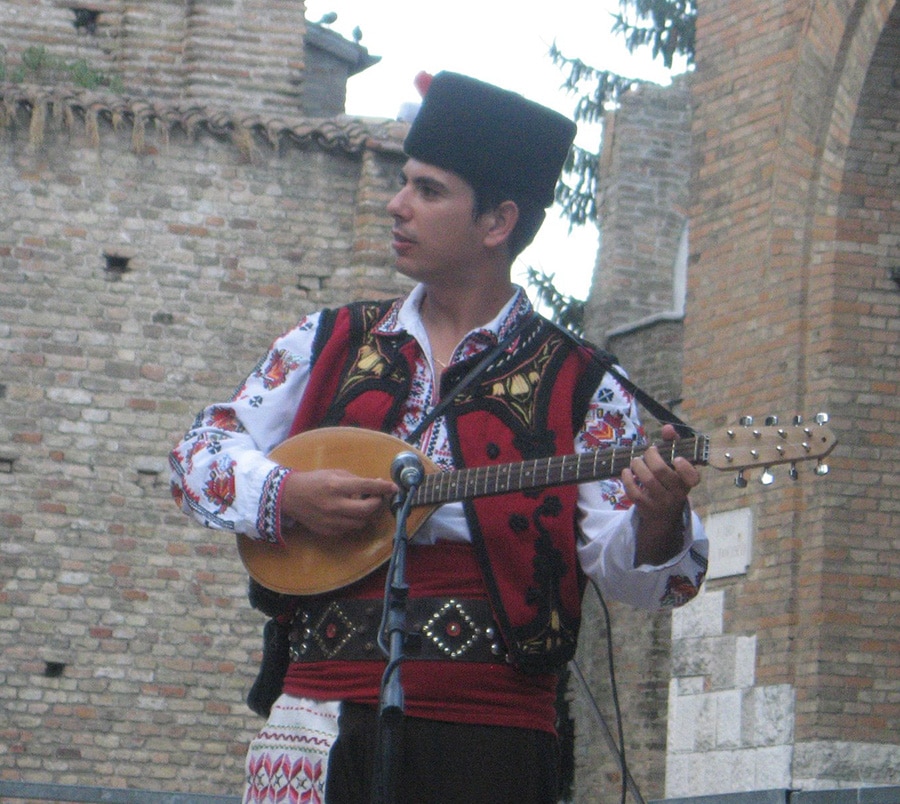 Nikolay Kodjabashev, a native of Yambol in Bulgarian Thrace, graduated in 2011 with a Master’s in Music Performance Arts from the Plovdiv Academy of Music, Dance, and Fine Arts. He is the director of the Sliven Folk Dance and Music Ensemble, where he has been featured as an ensemble and solo tambura player. Nikolay has also played tambura and guitar with numerous other ensembles throughout Bulgaria, including the Perla, Slivenci, Kabile, and Straldzha folk bands; and has accompanied many renowned musicians and singers such as Teodosii Spassov, Dechka Slaninova, Vanya Valkova, and others. He has also recorded extensively on Bulgarian National Radio and Television and other venues, and has participated in many concert tours throughout Europe.

Nikolay has won numerous awards at Bulgarian folk music competitions, including the International Youth Festival in Dobrich and the “Wellspring of Orpheus” competition in Varna.