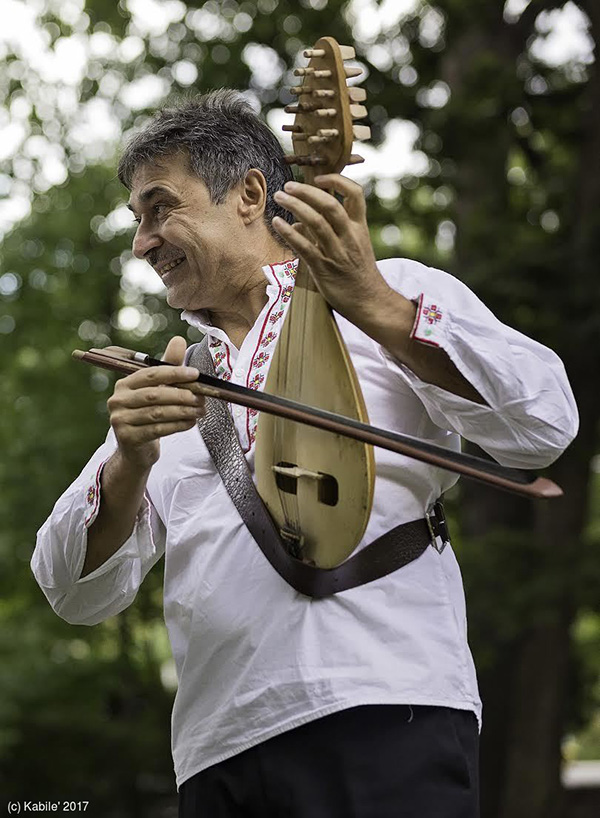 Nikolay Kolev, a native of the Thracian Rose Valley village of Karavelovo, has been playing gadulka since age 10. After graduating from the National School of Folk Arts in Shiroka Lŭka, Bulgaria, he performed for three years with the Sliven Folk Dance and Music Ensemble. In 1984 he founded the orchestra Sopot. In 1985 he formed the wedding-music ensemble Rozova Dolina, and in 1992 the prize-winning ensemble Balkanski Glasove. In 1994 and 1995 the latter group took first prizes at the Varna Festival. Nikolay has accompanied many well-known singers including Vŭlkana Stojanova, Roumen Rodopski, and Todor Kozhuharov. In 1999, Nikolay was the first Bulgarian to be recognized by the Slavic Heritage Council of America for his outstanding contributions to music.

Since emigrating to the U.S. in 1995, Nikolay and his wife Donka Koleva have played an active role in fostering Bulgarian music across the country. Based in the New York City area, they teach workshops in their respective fields and perform solo, together, and with their ensemble Cherven Traktor.