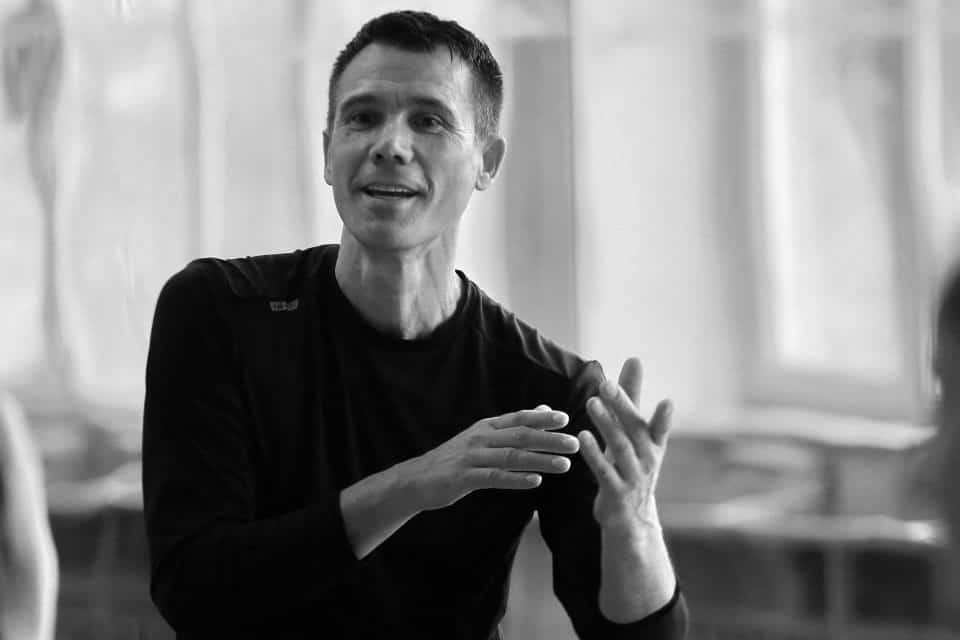 Petur Iliev is a Bulgarian-born dancer and choreographer whose career is deeply steeped in the rich folk dance traditions of his family. He started dancing at the age of five in his father’s dance ensemble. Later he graduated from the Bulgarian National School of Dance Art and from the Bulgarian National Institute of Choreography in Sofia, Bulgaria. He began his professional career as a Principal Dancer of Kutev National Dance and Music Ensemble where he worked for five years, before continuing his training at the National Dance Institute in New York where he studied under the supervision of one of the gurus of American dance, Jacques d’Amboise. Subsequently, Petur became the Artistic Co-Director of Believe in Me–a dance ensemble in Austin, TX, where for four years he trained more than a thousand young dancers.

After he moved to California, Petur continued working in the American educational system, teaching dance to hundreds of children in a performing arts magnet school. A year later he was appointed Artistic Director of Westwind International Dance Company–one of the first companies in the U.S. whose mission was to present to an American audience the richness and diversity of ethnic dance. All along Petur has been teaching master classes in character dance and Bulgarian folk dances at many colleges and universities in different parts of the U.S., and has been creating new choreographies for professional and non-professional dance companies in the U.S. and Canada. In 2003 he joined the faculty of the renowned School of Pacific Northwest Ballet and two years later was hired by the School of Ballet in Chicago. Along with that, for several years Petur shared his expertise with numerous students in the public school system in Chicago through a 21st-Century Grant. With this invaluable experience in hand he resumed his activity in Bulgaria in 2008 through the various programs of his foundation established in the same year.

The Iliev Dance Art Foundation has since been running several highly successful educational programs: Spring and Summer Intensives featuring five different dance styles, a solid scholarship program for summer training in the U.S., and the children’s dance program Dancing Kids, targeting youth from public schools. Back in Bulgaria, Petur’s artistic creativity gradually reached its full potential, resulting in the creation of highly innovative choreography. In his works, he reaches to the core of the Bulgarian ethnic dance and unlocks its structure, unleashing its potential as a contemporary means of expression by enriching it with the vocabulary of ballet and modern technique. In this endeavor Petur has creatively collaborated with distinguished American choreographers such as Christian von Howard, Theresa Ruth Howard and Paula Weber; as well as with some of the most talented and prolific contemporary European composers, who have written music especially for his productions: Petar Ralchev, Peyo Peev, Nedyalko Nedyalkov, Svetoslav and Vladimir Karparov, Konstantin and Alexander Wladigeroff, and Stoyan Yankoulov. Some highlights of his choreographies include: Click (2013, a full-length children’s show); 5×5+1 (2014, a conceptual, interdisciplinary project); A Swallow’s Flight (2014, another joyful children’s production); Who Stole the Chips? (2015, a colorful detective story); Outside the Frame (2015, a combination of different art forms); and Where Are the Elephants? (2017, a new phantasmagorical invention for kids). Petur has also been teaching and choreographing for the finals musicals performed by the graduating classes at The Anglo-American School of Sofia. He is excited to return to camp and see his old friends and make new acquaintances.