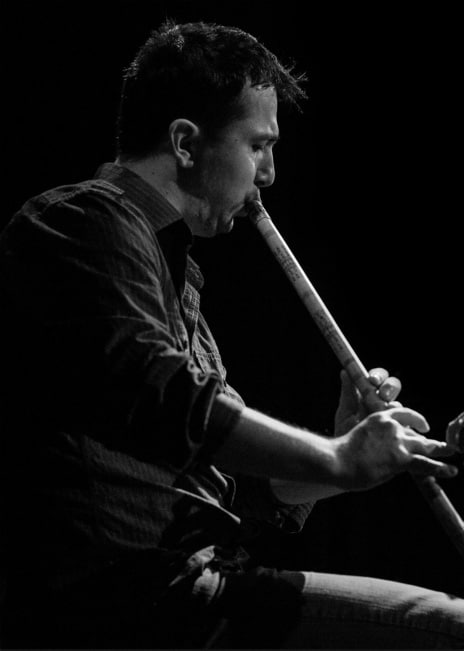 Vedran Boškovski, who’s been a resident of Brooklyn for the past 12 years, was born and raised in Macedonia, where in his college years he studied traditional instruments and the folklore of Macedonia, and of Macedonians who live throughout the neighboring regions. He was a member of gajda master Pece Atanasovski’s student orchestra, and the čalgija ensemble Kaldrma, and took part in other projects and collaborations, most notably with legendary traditional singer Vanja Lazarova and kaval master Angele Dimovski, and as a guest musician for the Macedonian cult avant-garde rock band Mizar.

Upon his arrival in the States, he was introduced to the Balkan music scene in the New York City area, where in time he founded and led several bands. Currently he’s a member of the duo Glas, which focuses on the singing tradition of Macedonia; and the group Loza, which performs Macedonian and Roma vocal and instrumental/dance music.