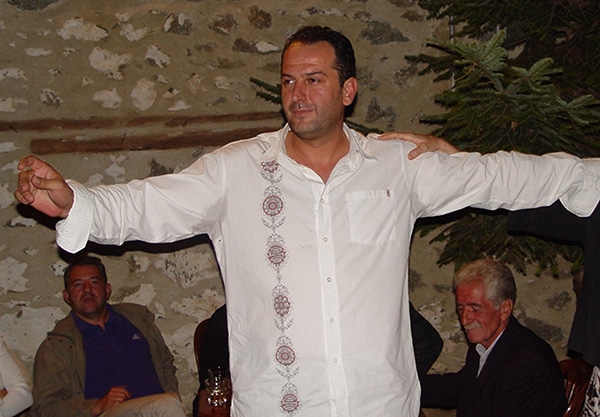 Yannis Konstantinou has been dancing from childhood alongside his parents, family, and friends in the villages of Florina, located in northwest Greece, and to this day, his personal teaching and dancing style conveys this lifelong experience. He has a deep passion and commitment to preserving and sharing the local traditions and culture of the various ethnic groups living in Greek Macedonia, and has studied the cross-border influences of neighboring communities on dance and music along the northern border of Greece. Yannis has organized and participated in many cross-border music and dance seminars and performance, and organized a Balkan Children’s Dance Festival, the first ever in Greece, where traditional dance groups from across the Balkans performed side-by-side in Athens.

Yannis is an internationally recognized teacher and researcher of traditional dance, participating in numerous seminars in Europe, Asia, Australia and North America. He annually organizes a traditional dance seminar in Prespes, Greece, that in August 2016 celebrated its 30th anniversary with over 100 dancers, teachers and musicians. Yannis has served as judge at the Greek Orthodox Folk Dance and Choral Festival, held annually in California, on three occasions and has shared his knowledge and philosophy about traditional dance with many Greek-American/Canadian dance groups over the years. In the US, he has been a guest teacher at Ahmet Lüleci’s World Camp, the Balkanske Igre Spring Festivals and the California Kolo Festival.

Yannis is the founder and president of the highly respected dance association “Lygkistes,” with branches in Florina and Athens, and has performed extensively throughout Europe, including the prestigious Llangollen International Dance competition in Wales, where the group took second place among 120 competitors. Most recently they participated in the Surva International Festival of Masquerade Games held in Pernik, Bulgaria.

In addition to serving as artistic director and instructor for “Lygkistes,” Yannis regularly teaches at the cultural associations of the villages of Florina and Amindeo, and is a guest teacher for many dance associations in Greece and throughout Europe. He was the Artistic Director and instructor of the Florina branch of Lykeion Ellinidon for eight years. In 2014, Yannis organized a series of weekend seminars with teachers like himself, who all their lives have been immersed in the culture, traditions, music, and dance of their respective regions, for leaders of Greek dance associations interested in understanding the cultural, social, and historical context of the dances that they are performing.

Yannis is married to Hra Koloni, who is a respected dance teacher in her own right, and who manages the family-run hotel in Prespes. They live in Florina with their two children, Xenia and Simos, who represent the third generation of their family’s passion for preserving traditional dance and music. 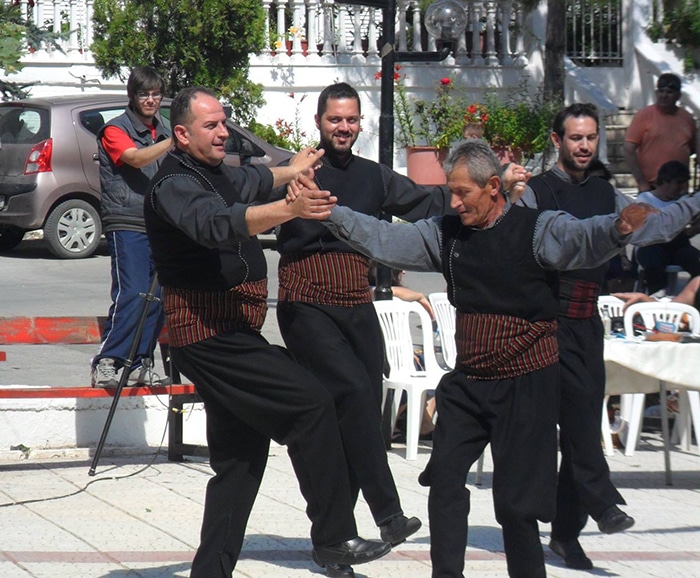 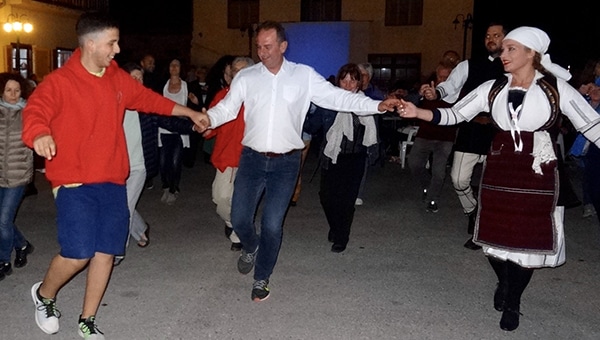 Yannis dancing with his children Simos and Xenia