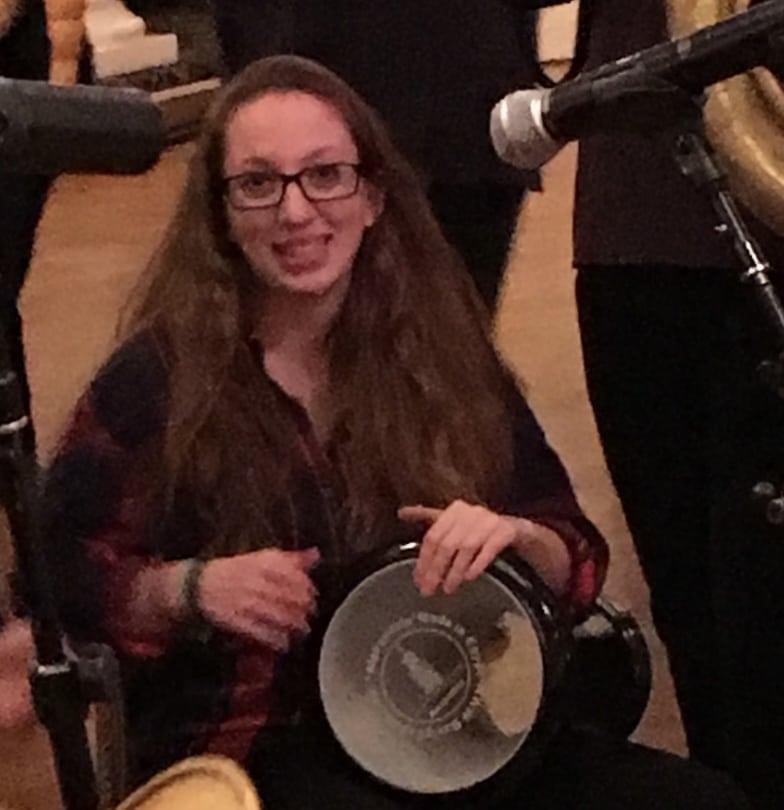 Anna was born in New York and grew up in Michigan. Her Balkan music and dance journey started before she was born—both of her parents were and are still involved in the U.S. Balkan music and dance community. She began attending East Coast Balkan Music & Dance Workshop in 1999. It has become such a big part of her life ever since, and because of her experiences there, she has gained an enduring love for and appreciation of playing musical instruments and learning Balkan dances. Perhaps more important, growing up in such a loving and caring community has really shaped her into the person she is today.

One of Anna’s favorite parts of going to and growing up in this community was Marlis Kraft’s kids’ classes, which taught her all sorts of stories and instruments; and which enabled her to bring home some of her favorite arts and crafts projects, including metal people playing drums made of clay, and a shepherd from a story the class had learned and acted out. As she grew up she became an assistant to Marlis, and she eventually taught doumbek and tapan to the kids. Anna loves teaching kids new and exciting things.

One of the greatest experiences of being a part of this community for Anna was being a member of the East Coast Balkan camp youth band, formerly known as Čoček Nation, now known as Mlado Selo. In 2019 they had the opportunity to travel as a group called YAMMS (Young American Musicians to Macedonia and Serbia) to the Balkans and learn the music they listen and dance to straight from the musicians in their home environments.

Anna currently serves as a member of the EEFC Board of Directors.